Board members are elected each October and begin serving a 1 year term beginning the following January.

The 2023 CSDS Board members 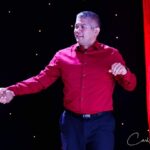 What would a title of a book about your life be? After all that, you still don’t self medicate?
Describe your worst fashion or hair decision? I grew a mustache in high school. It was not pretty.
What’s a pet peeve you would make illegal and why? TP doesn’t belong on top of the holder or the counter. 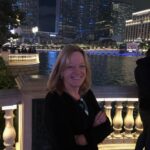 What is your go-to dance move?  Love to do Spins!

Describe your worst fashion or hair decision?  Super Curly hair in the 80’s – my husband said I looked like a poodle!

What song will you never forget the lyrics to?  Lots of choices:  Midnight Rider by Allman Brothers Band & Lets Groove by Earth, Wind & Fire (have to dance when his one plays) 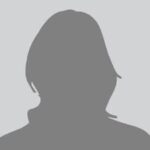 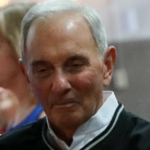 What’s a pet peeve you would make illegal and why?  Rude, loud , discourteous behaviors are a pet peeve, particularly when directed to service workers. For such behaviors 10 lashes with a wet noodle seems minimally appropriate, but unsatisfying for the offense. 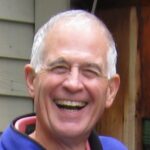 What is an obscure talent you have? Reading Morse code,  .–  .  ..  .-.  -..
Describe your worst fashion or hair decision? Worse hair decision: deciding to grow old.
What’s a pet peeve you would make illegal and why? Walking down the street buried in your phone. Dangerous and irresponsible. 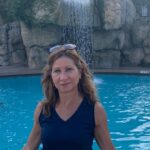 If you could live in any cartoon world what would it be? The Jetsons!  We’ve got roomba; virtual communications; electric, self-driving cars, how long until they’ll be flying?

What song will you never forget the lyrics to?  Levitating!  Besides my co-worker singing it all day, I had to learn the hardest core workout as a body pump instructor.  32 quick-quick-slow twists, “come on dance with me!”

If your pet could talk, what would be his catchphrase?  Ha ha, catch me if you can!

The CSDS Board is assisted by a trusty stable of helpers:

Thank you to all of our Board of Directors and helpers who give freely of their time on a volunteer basis, to keep our club running year after year, and who are responsible for putting on the club’s events!

Hello, Login to start. Not a member? Join Today!

If you are having issues with anything on the website please use our Report Website Issue form or email us at cvilleswingdance@gmail.com.

Kristin Wenger will be starting a new West Coast Swing series in January.  Go to Albemarle Country Parks and Rec to register and for dates, times, and location.

If you want to know all the area has to offer go to our Charlottesville WCS page for local WCS opportunities or Other Area Dance Groups for the surrounding area.  For online opportunities see our Dance Resources page.